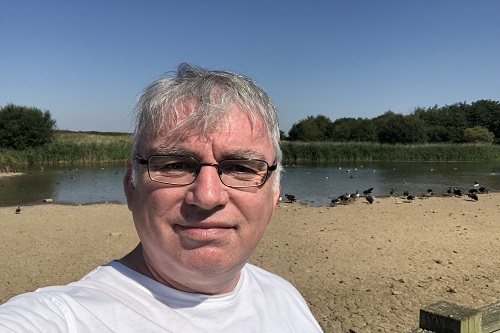 Jim joined Bytron as a Customer Account Manager with responsibility for supporting clients throughout their skybook journey. A typical day for Jim involves communicating with clients on all aspects of their migration from paper-based flight operations to skybook. Every day is different and sees Jim communicating progress updates, new software releases, and hosting meetings, he can also be seen out and about at various trade shows.

Jim started flying professionally in 1985 as a pilots assistant with Loganair flying around the Highlands and Islands of Scotland in a Twin Otter. In 1986 he commenced flying as a commercial helicopter pilot on offshore operations in the UK and Ireland and during his twelve year career achieved Captain. Jim converted his commercial rotary licence to fixed wing aircraft in 1998. He subsequently joined regional airline Eastern Airways where he achieved Command. In 2005, Jim joined Netjets and flew business jets to a variety of destinations throughout Europe and North Africa which he cites as one of his career highlights as it required a great deal of thinking on his feet due to the variety of destinations flown, often at short notice. He was fortunate to meet many interesting people along the way and make some lifelong friends.

Jim always wanted to be a pilot and at 7 years old he started flying radio control model aircraft. At age 13 he joined the Air Cadets and attained rank of Cadet Warrant Officer. Jim was awarded an Air Cadet Navigators Award and chosen as one of two UK cadets to visit Switzerland as part of an International Air Cadet exchange programme. Jim was also commissioned in the RAF Reserves training branch as a Flying Officer. After receiving one of only twelve flying scholarships from The Air League of Great Britain, he was awarded his wings by the Duke of Edinburgh in 1984.

Originating from Glasgow, one of Jim's favourite memories was taking his best friend flying over Loch Lomond after receiving his private pilot licence. Perhaps the biggest achievement of his career was his first solo flight at Glasgow Airport, however, he is proud of piloting his first solo glider at age 16, achieving his Private Pilot Licence at 18 followed by his commercial helicopter licence at 21 years old.

Having achieved everything he set out to in his flying career, Jim became a Software Support Consultant before joining Bytron. When talking about life as an Account Manager, he describes seeing satisfied customers as the best part of his job and how it wouldn't be possible if it weren't for the relaxed working atmosphere and the trust he has in colleagues to ensure he has the information to onboard customers in a timely manner.

With vast experience in the aviation industry, he is well placed to advise customers on skybook and he cites Airfield Watch as the feature he most likes as it's always up to date and easy to interpret.

Outside of Bytron, Jim's interests are technology, meeting new people and travelling with his wife.

skybook is the complete flight operations platform that puts users in total control. Improving operational efficiencies, simplifying and streamlining workflows, connecting flight operations to the flight deck, and improving collaboration and communications between flight and ground crew in one single digital solution.

Whether you are simply looking around or doing some serious research, getting in touch is always the first step to find out more.

Here’s a few ways to get you started...

Want to speak to us?

Our friendly and professional experts are on hand to answer your questions.

Our latest brochure highlights the important points to make it easy to understand the benefits of integrating skybook.

Get in touch to discuss your project further by filling in a few details about your requirements and our team will get straight back to you.